How many of you spend way to much time on Facebook?

…Shopping in the app store?  Oh, maybe that's just me?

I thought of you as I was shopping in the app store for a notebook I could physically write in on my new iPad2.  I found five or seven great apps.  I probably spent over two hours researching, testing, and looking for the perfect notebook based on the extensive reviews in the app store, I bet I’m not the first person to do this.  I had a lot of demands for this app.  I needed to be able to write in it and I wanted it to look natural. Neat. I didn’t want it to cost too much.  Errr, on second thought, I'll spare you the details of my requirements.

Of the seven I settled on testing, four were free and the other three didn’t cost more than $5.00 a piece.  As I started to do that math in my head I realized I would easily spend more than $15 on notebooks and planners throughout the year and that I would only spend this $15 once.

About three hours into this exercise — yes THREE hours — I realized I was wasting.  My. Time. I had spent hours (litterally hours) looking for the perfect app.

Then it occurred to me, I could buy all three. Test them.  Throw away the ones I didn't like.  And if I changed my mind I can go back and get them later.  I was wasting my time on a $10 activity.

What do I mean by that?

A couple executives I consult for introduced me to the “$100 bill” concept.  That is, as you exert time or — even as importantly — energy to different activities think about how much the time you are spending is worth.  In this instance I had given a lot of my time and energy to something that was worth $15 to me (literally and figuratively).  I probably could have spent 15 minutes on that activity and been just fine.

On the flip side, I could have spent that time and energy on something that was worth more to me and my future, my truth: something like completing my website – a $90 bill, or giving my daughter some lovin’ – a $100 bill.

Of course it’s relative.  When I’m up against a deadline or a project, the website might be a $100 bill; however, it gives you a filter question to raise to yourself when you are sucked into Facebook, on Twitter, in a battle with someone about something, etc., etc.

When those things come up — ask yourself:

I’d love to know how the $100 bill concept works for you – let me know in the comments and share the love if you have a friend or associate that might like it too! 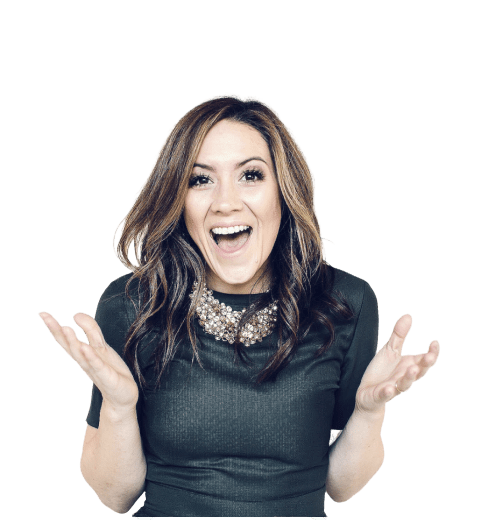 Eternal optimist, lover of dance parties, here to get more of you in the world and help you grow your dream business.

Take the first step to freedom and growth now. Don’t miss a beat!

WORKING HARD FOR YOUR MONEY, BUT MISSING OUT ON THE RESULTS, FREEDOM, AND YOUR SANITY?

Time to rethink your money plan and figure out how to get leverage to Make More and Work Less. It's not a pipedream!
Your information will *never* be shared or sold to a 3rd party.
HELLO FREEDOM!

Take this Outsource Guide and learn who to hire first and what to keep just like it is.
We've got your back.
Your information will *never* be shared or sold to a 3rd party.
YES!

NOW IS YOUR TIME

You’re on your way to freedom and growth, without all of the overwhelm. You’ll get tested and proven strategies to take your business and life to the next level. We also share behind the scenes in our business that we do not share anywhere else.
Your information will *never* be shared or sold to a 3rd party.
GROW TO SEVEN

GET MY ZERO TO HERO BUSINESS FRAMEWORK FOR FREE!

Subscribe now for a behind-the-scenes peek at my 4-step business building framework, the REAL working numbers, lessons learned, and more in this 1 million dollar case study.
VALUE: $49, YOURS FREE!
Your information will *never* be shared or sold to a 3rd party.